All in the Family

It started with a phone call from a friend and former colleague.  It was supposed to only last a couple months, but turned into a 4-and-a-half month assignment as the interim creative director for Discovery Family Channel as an independent contractor.

Discovery had reorg’d Family into their Latin America group based in their Miami office, and the team that was a part of the MIDAS group, which includes Investigation Discovery, Destination America and American Heroes, was transitioning off the brand while the Miami team was trying to get on its feet.  Garnsey Sloan, VP of Creative for ID and Family asked me to step in to fill the void until Miami could get up and running.  As with most things, it took some time to get things established, and allowed me an opportunity to learn more about the kid-vid space.

If you’ve never worked in the kids’ television space, you’d be shocked by how many different variables are in the equation that your standard reality, comedy or dramatic fare.  FCC regs are no joke, and are there to protect our kids, so every piece of creative—every single one—needs to go through standards and practice for review.  And the things that can get flagged are surprising:  any kind of logo (foreground or background); kids, adults (or even Muppets!) not using the proper safety equipment in a shot; even a chipmunk running on a roulette wheel could be deemed inappropriate for TV-Y or below.

I had done some sales reel projects for Nickelodeon as a freelancer working at 2C, but the audience there is still adults (and sales folks to boot!).  So getting to work directly on creative meant for an audience of children was a great growth opportunity.  As an added bonus, having an 11-year-old daughter that’s still the No. 1 My Little Pony Friendship is Magic fan, all of a sudden Dad’s job was really cool!  (Pictured below, my daughter’s interpretation of our family as Ponies.  I love that my cutie mark is the Würdsmith Creative quill pen!) 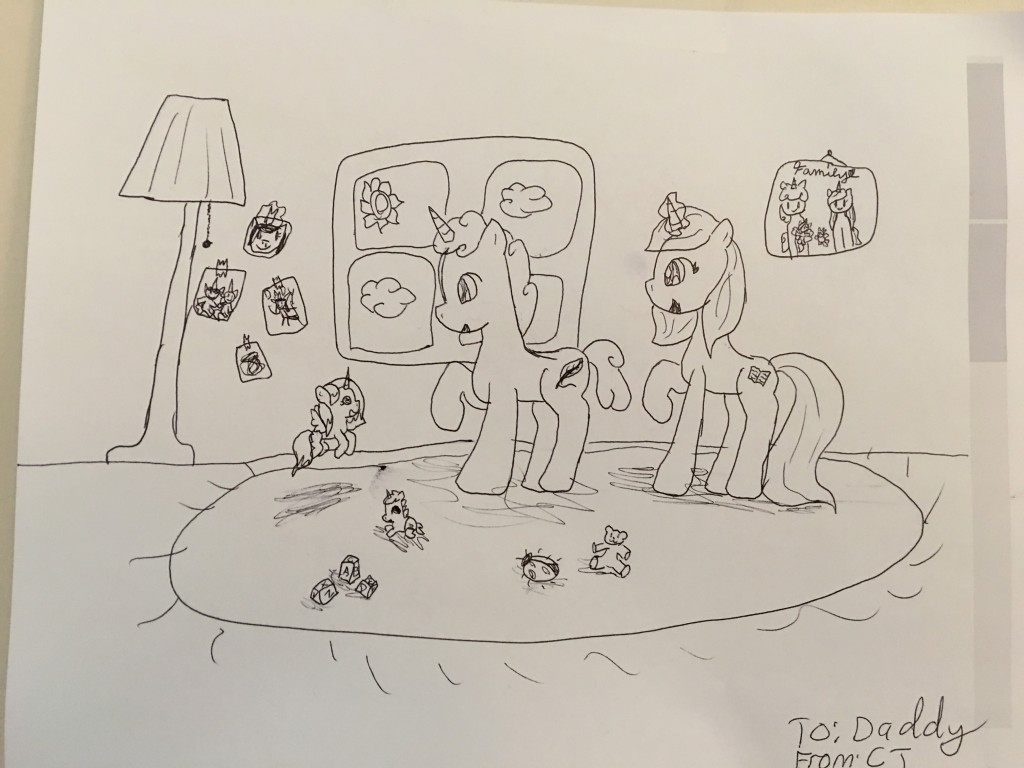 Alas, all good things must come to an end.  I wrap up my Family assignment this week, having just approved the launch campaign for the Season 6 Premiere of My Little Pony Friendship is Magic.  Based on the social media chatter, I’d say folks are pretty excited about it.  Always good to end on a high note.